JioTV is a fun platform that gives instant access to many TV programs, so you can catch all the action on online TV. All the live streaming is up to you, and there are a lot of TV channels, so you can watch anything you want. JioTV is making a name for itself by providing services in many languages and genres. It has more than 600 TV channels and more than 100 HD channels. You won’t miss any live shows if you use the pause and play option, and you can start up where you left off.

JioTV apk has a lot of different services, such as advanced search options, the option to share your favorite programs, set reminders, Zero-disruption, rewind, and forward, a mini-player, and more. With the software, you can enjoy your TV anywhere, so you won’t miss any popular shows, and the catching-up service lets you watch shows from the past week. JioTV in usa is a good option because it makes it easier to find shows and programs. 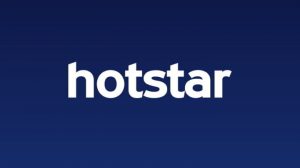 Our Top of list JioTV alternative is Hotstar. The Disney+ Hotstar app is perfect for people who want to watch Star Network on their phone, SmartTV, or computer. The Disney+ Hotstar stream also has the right to live to stream the Indian Premier League and broadcast ICC tournaments. Users can also watch live broadcasts of various other major sports events. Aside from the Star network, its catalog has HBO Originals, National Geographic, Marvel movies, Disney movies, and many other Bollywood blockbusters. Most popular Hindi and regional language shows are free, but you need a premium subscription to watch everything and Live TV without limits. 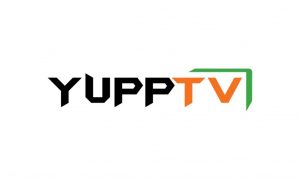 Yupp TV may be India’s oldest live TV service (one that LeEco partnered with for Live TV content before it imploded). Among the best JioTV alternate, this is a better service for people who need to watch Live TV or media in the South Indian language. Yupp TV’s content library includes South Indian movies, TV shows, spiritual channels, and a few Hindi and English music and news channels. 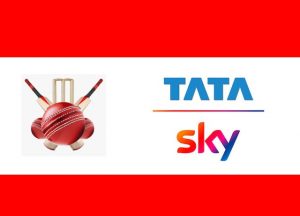 Every Tata Sky customer should have the Tata Sky Mobile app on their phone. This app, like JioTV, lets you manage your account and watch Live TV from a list of more than 400 channels. On your TV setup box plan, you can only watch the channels you have paid for. Android and iOS apps are available for the Tata Sky live streaming service. This alternative to JioTV live app has features like recording live channels, pausing them, and playing them back. 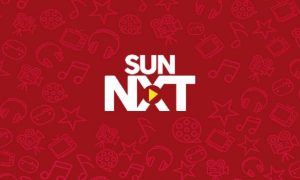 Sun TV Network Limited brings you another great app like JioTV for Android and iPhone, where you can watch live TV, news, movies, series, comedy, kid’s shows, and much more. This alternative to JioTV for pc lets you watch the most popular shows from many channels and reality shows. 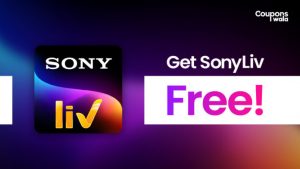 Sony LIV is a streaming service that gives you access to live cricket, live TV, movies, and Sony originals. As you might have guessed, this app, like JioTV web, has TV shows and movies from Sony Entertainment Network. Sony LIV is easy to use and works with various platforms. You will need to pay for a Premium subscription to watch Live TV. 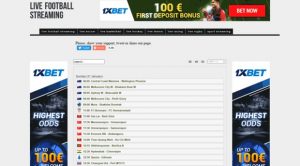 The 12th Player is the best way to watch live streams of all your favorite sports channels. This alternative to JioTV live sports movies shows apk has a simple interface and looks very simple to use. A group of experts created the site. It brings together all the major services and channels to offer people of all ages an all-in-one experience. The only bad thing about the site is that it has no links to American sports. Other than that, it’s a nice and convenient service. Most football fans prefer to use the 12th Player to stream live football games.

Ditto TV, which is Zee Network’s digital ARM, also offers Live TV service for a small fee jiotv channel list. There are more than 80 live channels, some of which can be played back for up to 7 days. Besides Live TV, the app doesn’t collect TV shows, movies, or other content. 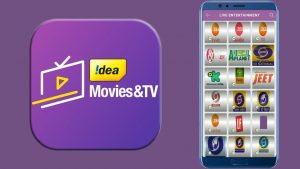 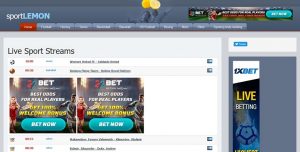 Sportlemon is another alternative to JioTV for android tv. Sports fans can watch everything from football, hockey, tennis, basketball, baseball, US football, boxing, and moto live to any trending match in any sport right away at this one-stop entertainment site.

Sportlemon makes it simple to look around the whole website, find your favorite sport, and watch it. Each sport has multiple links that take you straight to the live streaming sport. You require not to pay a single penny to view sports live on this site, and it flexibly works on any browser. To use this site, you don’t need any apps or add-ons. 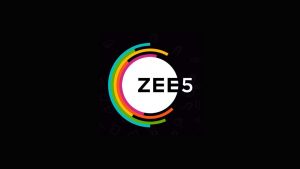 Zee5 is an app from the Zee network similar to JioTV in that it lets you watch live broadcasts from channels other than Zee’s own. On the Zee 5 app and website, you can watch jiotv apk for android TV in languages other than Hindi and English and download jiotv for pc movies, TV shows, original web series, international shows, and acclaimed plays. To watch live TV streams and other original content on Zee 5, you must subscribe to the platform. 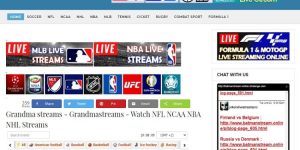 Some of its premium live streams are free on the NCAA, NHL, NFL, Rugby, Combat, Sports, Cricket, Tennis, MBL, and more. When your preferred sports go live, you can access various sports links, so you never miss a game. 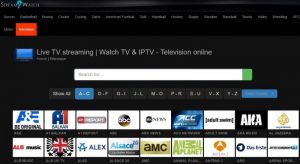 Get a list of the best alternatives to JioTV so you can watch all kinds of sports games on TV online. Stream2Watch is a very modern website where you can watch sports like Football, NBA, Basketball, Baseball, Hockey, Cricket, Tennis, Snooker, Soccer, and so on.

If you can’t get to the main website and want to find something similar to JioTV line online, check out the complete list below. I want to add that you can enjoy channels like MTV, HBO, ABC, Animal Planet, ESPN, CNN, Discovery Channel, FX, FOX, and so on, in addition to playing sports video games.

The website is light, sleek, easy to use, and has excellent visuals and an easy-to-use interface. The website is verified, so your personal information won’t be shared without your permission. You can stream online with good-quality audio and video. The only bad thing about it is that the videos run on a flash gamer. 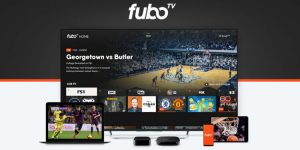 The fuboTV is a website where you can watch live sports and TV matches and record them to watch later. This JioTV alternative is the best online sports streaming and internet TV service. It focuses on channels that show international football, other sports and games, news, and entertainment.

One can access fubo.tv as an online service using the official website. It also makes many different kinds of players for streaming videos. This site, like JioTV download, has different service options and channel configurations that make it stand out from the rest. The only problem with fuboTV is that it is unavailable in every country. 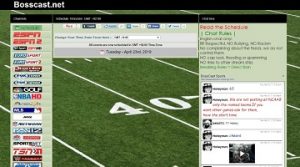 There includes a lot of information on the website. BossCast is estimated to be worth about $240, making about $1 a day. Users of the site must be polite and not racist or mean to other people. It has no control over the feeds, so users shouldn’t complain about them. There shouldn’t be any links to other websites, caps lock, or spamming. Using the site without following the results will result in an immediate ban. 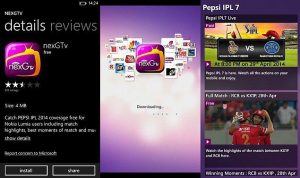 NexGTv, an alternative to JioTV, lets you watch live TV, music, movies, TV shows, videos, and cricket for free. This app, similar to JioTV. watch online for free, will give you news about politics, sports, business, and entertainment, among other things. This app also has music and TV shows from your area. You can also show Bollywood movies on NexGTv. 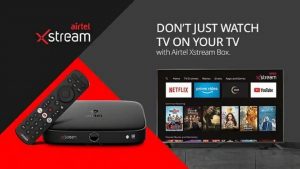 Like the JioTV app, the Airtel Xsteam app has a large content library. This app, like JioTV live streaming, also has many movies and TV shows from Hooq, Eros, YouTube, Zee, and Sony, as well as live TV. The app no longer works with Chromecast, which is a shame. They are well-organized in genres and languages, but they don’t have as much to offer as JioTV. You will also lose access to the Star and Colors networks. Xstream and Airtel Xstream both offer similar channels and content. 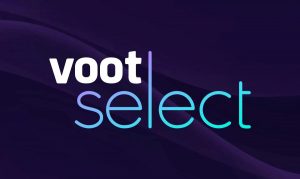 Voot is a free app that lets you watch Colors network shows like JioTV play website. The app gives Big Boss a lot of attention. You can watch Big Boss live with all the scenes, or watch old episodes to catch up. If you don’t like “Big Boss,” there’s not much reason to use Voot instead of another streaming service.

People think that the firstrowsports proxy is the best place to go when they want to watch sports online. But sometimes, because of a technical glitch, they have to worry; for that alternative, they look forward to JioTV alternatives.

The list is long if you want to look at the Firstrowsports option. But it’s not easy to depend on every one of them. If you have used firstrowsports and are getting tired of the technical glitches, don’t worry. Here, we’ll talk about the option of firstrowsports, which you can think about if you want to watch live sports quickly. 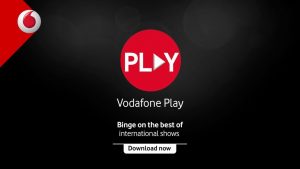 Vodafone Play has a few surprises for its customers as well. This alternative to JioTV has a large library of movies and TV shows and content from Eros, Hungama Play, Youtube, Hooq, and other services. Kids will also find a section specially designed for them. Vodafone Play has also teamed up with Ditto and Yup TV for Live TV, which gives customers access to many channels. 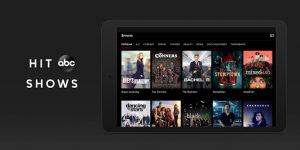 ABC Live TV, Shows, and Movies Is a free video-watching and streaming app for teens made by Disney. This is the best JioTV alternative. Using this app, people can stream live TV and watch all the episodes of different TV shows. Some well-known TV shows like Big Sky, A Million Little Things, Home Economics, and General Hospital are on this app.

Users can stream live TV and watch different TV shows, but they can also watch the morning news, the additional news, and sporting events. People who want to get more out of watching this app must sign up for an account. After making an account, people can easily save their favorite TV shows and watch them whenever they want.

Check out these ways to watch live TV on JioTV. Your choice of a telecom provider should be the most important part of your decision. If you don’t want to use Airtel TV or Vodafone Play, you can use your network apps like Hotstar, Ditto, or Sony Liv. 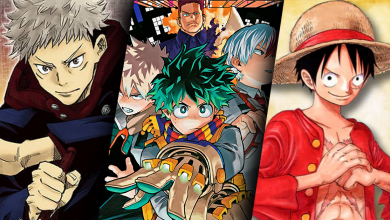 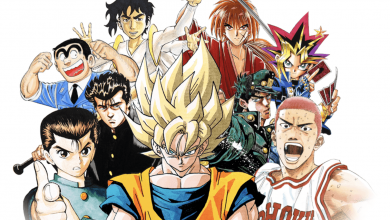 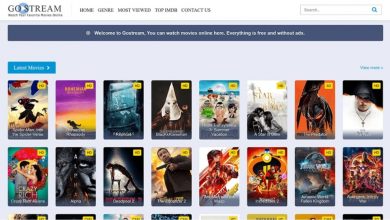 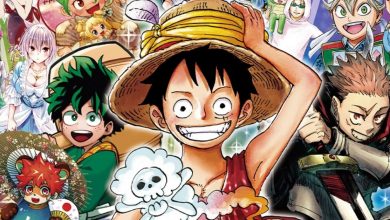 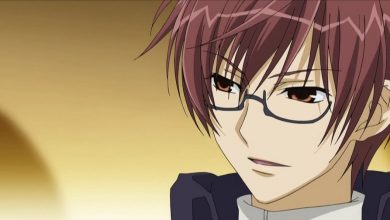